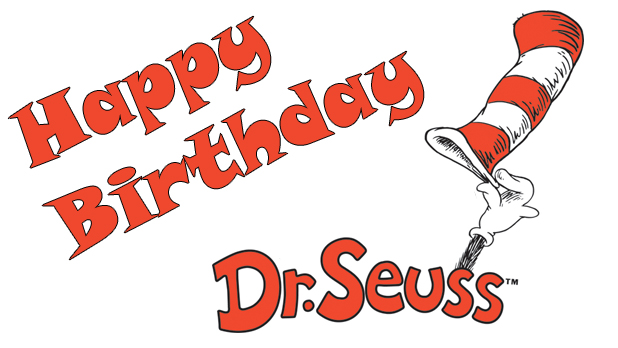 On Saturday, March 2nd Dr. Seuss Enterprises is gearing up to celebrate the author’s 115th birthday, and will announce several new collaborations  aimed at reaching new audiences and providing more fun and information for current audiences.  And on February 25th Susan Brandt, president of Dr. Seuss enterprises, stated that as ambassadors the company is proud to work alongside their many partners to commemorate Dr. Seuss’s birthday and give people of all ages an opportunity to share Geisel’s passion for imagination and entertainment.

Theodor Seuss Geisel was a writer and cartoonist. The author’s first book, And to Think That I Saw It on Mulberry Street was written under his birth name and had been rejected by every publisher he had taken the manuscript to.  If it hadn’t been for a chance encounter with an old college classmate who had just become juvenile editor at Vanguard Press the book may never have been published (1937) and there may never have been a ‘Dr. Seuss.’

Then, in 1954, LIFE magazine published an article criticizing children’s reading levels. The publishing houses Houghton Mifflin and Random House, in retaliation, asked him to write a children’s primer using 220 vocabulary words. As cited by Biography, The Cat in the Hat was published in 1957 and was described by one critic as a “tour de force.” The book was a such a success that “Dr. Seuss” was born, giving him a permanent place in children’s literature. The author/cartoonist also had a love of simple rhyme that is reflected in his books.

1984 Pulitzer Prize in, three Academy Awards, two Emmy Awards, three Grammy Awards, and three Caldecott Honors, under the pseudonym Dr. Seuss and wrote illustrated 45 children’s books. Although he never had any children of his own the author and illustrator will forever inspire generations of children.

http://www.seussville.com/ Games, videos, printable activities, and a page for parents and teachers.